New Age for the DACA

New Age for the DACA

Life will change come January 20, 2017. For better or worse, we have elected a far-right politician to be the next president of the United States of America. Despite political leanings and division, there are a few executive orders that can be overturned once President- elect Trump takes office. Let's discuss the real possibility of a DACA cancellation

First of all, DACA is the Deferred Action for Childhood Arrivals. This allows certain undocumented immigrants who came before they turned 16 years old, and if they arrived prior to June 2007, to receive a two-year work permit and exemption from deportation on a renewable basis. The DACA is something we at Delgado Law find invaluable in keeping families together and truly serving the unserved. More than 700,000 young immigrants are currently protected under the DACA are active students or are serving in our military. 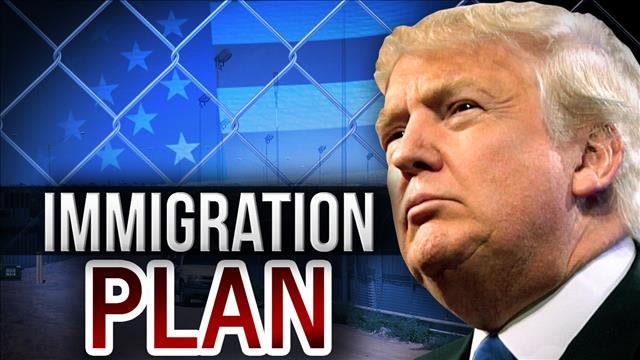 President-elect Trump has called these undocumented adolescents “dreamers” and was vague in his speech as to “work something out”. While Trump has consistently maintained his desire to repeal the DACA, he has also suggested he desires to find a way to accommodate these young people. Many encourage us to remain vigilant and prepared despite some of President- elect Trump's back-peddling:

“Before anyone falls into the trap of believing that Trump is ‘softening' on immigration, they should remember that we've seen this movie before.”

Opponents to President-elect Trump's cancellation of DACA fear the roster of these young immigrants would be used as a road map for quick detention and deportation. Emboldened to advocate for these young immigrants, Rep. Luis V. GuDerrez (D-Ill.) stated, “The message [to Trump] is simple: If you come for Dreamers, if you come for immigrant families … you will have to go through House Democrats, and we are standing together.”

What would a cancellation mean?

So, while the executive order upholding the DACA can be removed, please have hope that numerous state and city lawmakers have already prepared the necessary steps to provide these young lawful immigrants “sanctuary” from deportation.

– Another possibility that is unclear, is what could happen to the personal data provided on your DACA applications, as this might be used for detentions and removals.

PLEASE contact our offices so we can keep you appraised of any and all changes.

Our most fervent urge is that you carry our information & your personal documentation in your wallet at all times. Remember to refuse to sign any departure documents, and if detained… contact us immediately.

All of this is an educated guess on what our new world will look like post-inauguration based on election-trail rants, government insiders, and political analysis. With so much uncertainty, it is imperative to be prepared and informed. Ultimately, please know that we are completely and totally dedicated to advocating for you and your family. Please do not hesitate to contact us if some of our worst fear do in fact come true. We would be honored to fight for you.